Posted by The Literary Melting Pot in Romancebookworm.com Goodies on October 8, 2013

Posted by The Literary Melting Pot in Reviews, YA Fiction on October 2, 2013

Katrina’s still haunted by her encounter with the Headless Horseman – the night he beckoned to her. Now he has risen again, slashing heads and terrorizing the quiet countryside.

Her only joy during this dismal darkness comes when Ichabod Crane, a gorgeous young man from Connecticut, moves to Sleepy Hollow and their attraction turns to romance.

When the Horseman marks Ichabod as his next victim, Katrina, despite dangerous efforts to save him, sees no other choice than for them to flee.

But the Horseman awaits. Now it’s up to her to sever the horror and alter the Legend of Sleepy Hollow.

This was the second novel that I’ve read by Dax Varley and once again, she’s blown me away. The writing style is intelligent, easy to follow, and conducive with the setting. Although this novel is based around the time of the Revolutionary War, the characters are relatable and very entertaining. I was completely enthralled from the first page, and on the edge of my seat as the mystery unraveled.

After rereading Irving’s tale, which was actually influenced by an Irish legend known as The Dullahan, I thoroughly enjoyed the route the author took with her version of the Headless Horseman and the inhabitants of Sleepy Hollow. There are several noticeable influences from other versions of the classic, but that does not take away from this story at all. Varley has turned the incorrigible Katrina into a loveable heroine, the lanky Ichabod into eye candy, and has manifested the Headless Horseman into a real being that is feared by all. The supporting characters are compelling as well, making this novel flow with incredible ease.

As expected, this author has done justice to a tale that has haunted many for centuries! This novel is romantic, scary, thrilling, and even comical at times. A story for YA and adults, I highly recommend this book!

When Dax Varley isn’t reading, she’s slinging words onto a page. She lives in Richmond, Texas with her husband and a half-dozen imaginary friends.

BLOG TOUR STOP! PRAYER FOR THE DEAD BY NICKI SCALISE

Posted by The Literary Melting Pot in Romancebookworm.com Goodies on October 2, 2013

ROMANCEBOOKWORM.COM GOODY OF THE DAY! CHECK IT OUT!

Posted by The Literary Melting Pot in Reviews on October 1, 2013 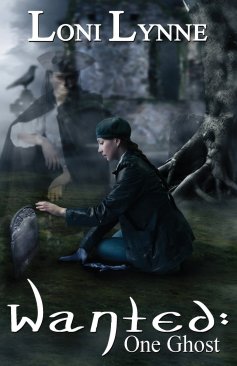 Stuck in ghostly limbo for 238 years, James Addison can’t move on to an afterlife. After being falsely accused of treason and executed, fate’s cursed him to remain an earth-bound specter until he meets a historian sent to research his past. Distrustful of fate,Dr. April Branford wants to be taken seriously, but her unique ability to divine history by touching objects seriously compromises her credibility. Her latest assignment? James Addison, a legendary colonial ladies’ man with a shadowy past. Without much to go on, she doesn’t hold out much hope to discover the man behind the legend until the day she accidentally touches him and brings him back to life. With the help of family and ghosts from James’s past, they unravel the truth. But after falling in love and with time running out, it’s hard for April to believe in fate and a future where forever is now

What a treat just in time for the Halloween season!

This book was mesmerizing!  The astute manner in which the author blended historical and paranormal fiction with modern day intricacies made this an excellent read that I just couldn’t put down!  The story line is captivating and the characters are divine.  I couldn’t help but to think of “The Ghost and Mrs. Muir” while reading this, as it’s one of my favorite classics.  Of course, the relationship she had with her ghost is tepid, at most, compared to James and April’s steamy love affair.  In this day and age, it’s hard to find a man that’s as attentive and chivalrous as James.

This novel is much more than a ghost story with a romantic twist, though, it’s a mystery/thriller as well.  A dark secret lurks in the shadows of the historic town, but bringing light on the subject could come at a cost. With the help of April’s hilarious relatives, she and James try to answer questions that no one alive knows.

Joseph Buchanan’s coined term “psychometry”—which means being able to see the past by touching an object– is utilized brilliantly and the author takes it to another level, catapulting this novel high above others in the same genres.  I laughed, I cried, and unfortunately, I was up investigating everything that went “bump!” in the night.  This is definitely a must read!

Navy veteran and Maryland resident, Loni Lynne was born in Michigan, graduated in Texas, and lived in various states in between. Upon graduation she joined the Navy and married her Army hero before being stationed in Hawaii for four years. On their return to the mainland, they settled in Maryland close to family.

Loni started writing in her early teens and never really stopped. Her travels and experiences created ideas and inspired characters for her stories which ended up half finished files on disks and spiral notebooks. On her 40th birthday her husband gave her a laptop, portable hard drive and a membership to Romance Writers of America as a gift and told her she had one year to finish a manuscript and try to get it published.

Her debut novel, Wanted: One Ghost is only one of many she’s written since then.