BLOG TOUR & GIVEAWAY..DAMNED IF YOU DON’T By Linda J. Parisi

Andrew Jackson
“Jack” Kent’s on the hunt for white collar criminals, and as a private
investigator he always gets his man. Except in this case it’s a woman, the
brilliant cellular kineticist Dr. Morgan Mackenzie, whose next thrilling
discovery is—him.
On the run from
her employers with the formula for a priceless but deadly diet drug, Morgan
agrees to a night of pleasure with the outrageously sexy stranger. But when she
leaves the next morning, Jack won’t let her get far, and that’s when she
realizes the horrible truth. Her cowboy on a white horse isn’t a hero after
all. He’s part of the posse.
Yet when Jack goes
to turn Morgan in, he learns who the real criminals are, and suddenly, it’s a
race against time to find a murderer before they’re killed themselves. To do
that Jack needs to convince Morgan he’s on her side. Even though she doesn’t
trust him, Jack is a drug she can’t resist, leading her to find out that more
often than not you’re Damned If You Don’t fall in love.

She forced her head upward. The breeze ruffled a few strands of his hair. His face grew taut with desire telling her exactly what his intentions were. But his eyes. Oh, heaven, his eyes. Those killer blues had softened. They’d gone from sapphire chips to the color of swirled marble, filled with confusion and heat. Funny, he didn’t seem to be able to understand this—thing—growing between them. Theirs was an insane passion, a fool’s passion, one she couldn’t begin to understand either.

Letting her see inside, though, made up her mind. There was no way to stop what was about to explode between them. He bent his headcloser and closer to hers. Her chin tilted upward to meet his. One touch would reignite the fire that would probably get them both locked up for certain.

His lips closed over hers, his tongue sweeping into her mouth before he let go, his breath going staccato as he leaned his forehead against hers.

“Jack,” she whispered, panting, her heart thundering, “all right.”

He grabbed her arm, pulling to where a steel beam met the sidewall of the ferry and created a tiny private corner.

Trembling fingers cupped her cheeks. Molten fire scorched her skin as his gaze roamed over her face. One enchanted evening had morphed into pure need. And that frightened her more than anything else. His head drew closer and Morgan fell back into the wall, finding the cold metal strangely comforting, solid in a sea of emotions she could neither accept nor deny.

He dragged his lips across her forehead, her skin burning under their trace, and then tasted her brows and cheeks as if touch could imprint her features. He drew in short, helpless breaths. His hard length pressed against her belly. How had everything gotten so out of control?

“Jack,” she choked out once more, trying desperately for one last bid at sanity. He stilled. His arms tightened around her back. His head dipped and his lips devoured hers.

So much for the word no.

Perhaps he tasted her inner struggle. Perhaps he tasted her fear, and not just the fear about getting caught making love on a ferry. Whatever the cause, his kiss gentled, coaxed. Their tongues tasted and mated, giving and taking. And that frightened her most of all. It wasn’t just about sex anymore. It was about sharing.

Jack tore his mouth away and leaned his forehead on top of hers. Neither of them could breathe. Two hearts beating out of control. They were both a hairbreadth from exploding.

It was all so wrong. And so right.

About This Literary Chef:

Let multi-published author Linda J. Parisi take
you through the darker, spicier side of Romance with her Paranormal, Paranormal
Romantic Suspense, and Romantic Suspense tales. Winner of the New Jersey
Romance Writer’s Golden Leaf Award for Best First Book for her novel, Noble
Blood, and winner of the 4th Annual Stroke of Midnight Contest for her
novel, The Joining: Bound by Blood, Linda is a long-time member of the
RWA and the current secretary of Liberty States Fiction Writers. Linda has seen
the publishing industry turn upside down yet stay the same because everyone
loves a well-written Romance. She lives in New Jersey with her husband, John,
and a family which includes Audi, a Cocker Spaniel mix who had her at woof!
Official website: http://lindajparisi.com/
Facebook: https://www.facebook.com/lindajparisiauthor
Hosted By: 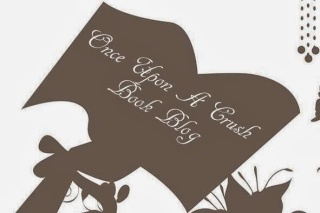 This entry was posted on March 17, 2014, 3:00 am and is filed under Reviews. You can follow any responses to this entry through RSS 2.0. You can leave a response, or trackback from your own site.