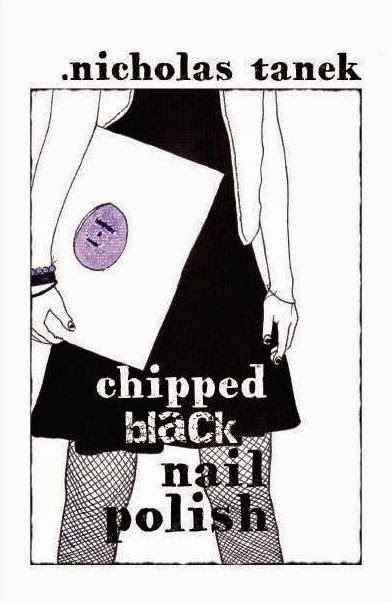 A tribute to a different kind of Jersey girl.

In New Jersey during the summer of 1989, an awkward thirteen-year-old who was obsessed with weird music fell head-over-heels in love with the coolest post-punk rock girl he had ever met.

Nicholas was insecure. He was a daydreamer, wishing for romance when he was told, over and over, that he could not have it. He was a toy, pulled and pushed, wanted and used, dragged along yet held at a distance. Nicholas fell in with the out crowd, and loved every minute of it. He fell in love and got left behind, but not before she changed him forever.

This is an irrational, emotional love story for the teenager inside all of us.

The music is loud, and you’re about to be pushed into the pit.

What some people are saying…

“I should have put you in therapy.” – my mother

“I insist that you use my real name.” – Kevin

“Finally, a title that doesn’t scare people off. Not like the first book, The Coolest
Way to Kill Yourself.” – Kim Gray, publicist

Three months after I read Nicholas’ first book, The Coolest Way to Kill Yourself, my thirteen-year-old daughter, M, told me she was a lesbian. I did not know Nicholas before reading his first book, but he has since become a close friend and confidant. I shared M’s news with him and his response was that I had to write a foreword for his next book. I asked him for the correlation between her announcement and his book, because I didn’t get it. And I fought him on it. What does being gay have in common with being punk rock? He told me to think about the term in a non-music sort of way. What does it represent? And so I did what I always do. I went away and I thought about what he said. Chipped Black Nail Polish takes place when I was a teenager, during the height of punk rock. As so many of us did, I promised myself I would never grow up to be one of those adults who forgot where she came from. The music was important, but more than that, what punk rock stood for took center stage for me: the do it- yourself philosophy, questioning the norm, thinking critically, and pushing the boundaries of acceptability. But above all of those things, the most basic characteristic of punk rock is to be true to one’s self. But, I broke that promise. I lost sight of myself and became ii someone I thought I should be in the eyes of my peers. And so, Nicholas and his book came along shortly after I started questioning my decisions and choices in life. Not only have I benefited from his being such a good friend, but so too has my daughter. I raise M to be a free thinker and she is very much a free spirit. When I look at her, I am so proud of the young woman she is becoming. She will make her mark. And just like how she came out to the world, she will do it in her own way and in her own time. Do not rush this child, and do not expect her to do it the normal way. She is a weirdo. Nicholas has captured only one summer, three months, in this book. These months were pinnacle in defining him as an adult. He, too, was thirteen during the events that took place. I am so grateful that Kim entered his life, for however brief that time was. She taught him to live in acceptance of one’s self, to question everything, to stretch himself outside his perceived comfort zone. She taught him punk rock. She taught him it was okay to be a weirdo.

This entry was posted on March 27, 2015, 12:07 am and is filed under Book News. You can follow any responses to this entry through RSS 2.0. You can leave a response, or trackback from your own site.