BOOK BLAST! THE COLOR of VENGEANCE by Kim Iverson Headlee 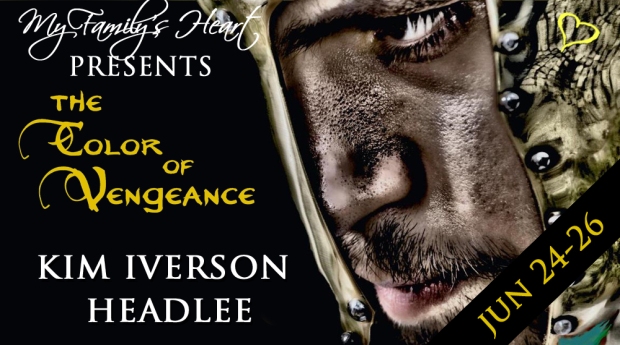 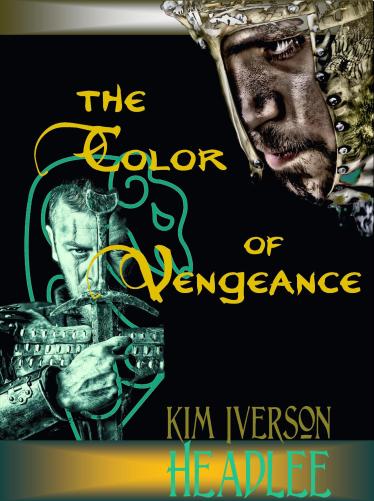 Vengeance was the only burial gift he could bestow.

When Angli cattle thieves slaughter his wife and son, Dwras son of Gwyn vows revenge upon their murderers. But how can a mere farmer prevail against ruthless, trained warriors? For the answer Dwras must look not to his sword, but within his heart.

Dwras jabbed the offending warrior on the shoulder. With a grunt, the man swung his head around to fix narrow eyes upon him.

“My seat. I want it back.” Dwras lowered his eyebrows. “Now!”

“You—what?” The Lothian warrior’s laughter nearly made him choke. A grinning companion slapped his back.

“Oho, Farmer Dwras thinks he’s one of us, lads,” chortled another warrior, making a shooing motion. “Be off with you! Back to your pigs, farmer boy.”

They burst into cackles, hoots, and hog calls. Dwras felt his cheeks flush.

The warrior in Dwras’s seat found himself buried under sops and ale.

“My mistake, sir.” He grinned devilishly. “I thought this was the sty.” 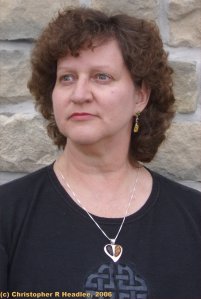 Kim Headlee lives on a farm in southwestern Virginia with her family, cats, goats, Great Pyrenees goat guards, and assorted wildlife. People and creatures come and go, but the cave and the 250-year-old house ruins—the latter having been occupied as recently as the mid-twentieth century—seem to be sticking around for a while yet.

Kim is a Seattle native and a direct descendent of twentieth-century Russian nobility. Her grandmother was a childhood friend of the doomed Grand Duchess Anastasia, and the romantic yet tragic story of how Lydia escaped Communist Russia with the aid of her American husband will most certainly one day fuel one of Kim’s novels. Another novel in the queue will involve her husband’s ancestor, the seventh-century proto-Viking king of the Swedish colony in Russia.

For the time being, however, Kim has plenty of work to do in creating her projected 8-book Arthurian series, The Dragon’s Dove Chronicles, and other novels under her imprint, Pendragon Cove Press. She has been a published novelist since 1999, beginning with the original editions of Dawnflight (Sonnet Books, Simon & Schuster, ISBN 0671020412) and Liberty (writing as Kimberly Iverson, HQN Books, Harlequin, ISBN 0373771347).

This blast was hosted & organized by

This entry was posted on June 24, 2015, 11:41 am and is filed under Book News. You can follow any responses to this entry through RSS 2.0. You can leave a response, or trackback from your own site.