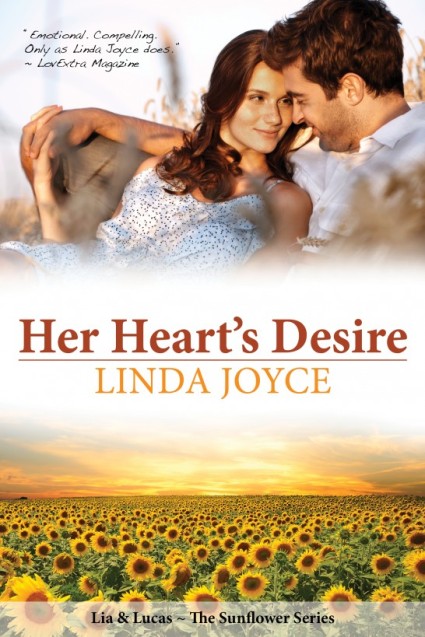 Artist Amelia Britton battles her older brother for the right to remain on the family farm—their inheritance after their parents’ tragic deaths—she faces a looming mortgage, weather threatens to destroy her crops, and the man she secretly loves only sees her as Craig’s little sister.

After serving his country in Afghanistan, Lucas Dwyer expected to return home to his family’s farm, but the bank foreclosed. Undeterred, he begins combining-for-hire to support his younger sister in college. His best friend convinces him to discourage local guys from dating Amelia. Craig wants her back in the city, farming is too hard for a woman alone. Only one problem—Lucas has fallen in love with Amelia.

With family, the bank, and the weather conspiring against them, can Amelia and Lucas ever hope to grow the love blooming between them?

“If I say, ‘I love your sister and want to marry her,’ he’ll laugh his ass off, or worse yet, when he finds out what just transpired, he’ll want a duel at dawn. How did a man born and raised in the country come to equate vast open spaces, glorious sunsets, and fresh everything with an inferior lifestyle?”
“Are you speaking to me, young man?” An older man approached on the sidewalk. His cane tapped against the pavement as he walked.
“No, sir. Talking to myself.”
“Crazy are you?” the man asked as he continued walking.
“Yep. Crazy about a woman.”
“Continue on, then,” the man said as he passed. “Try telling her about it rather than talking to strangers.”

is an award-winning contemporary romance author born on Christmas Eve. Her Louisiana family’s roots run deep, and they’re intertwined with her Japanese heritage. Her vagabond childhood afforded her a variety of travel opportunities. Now she lives in Atlanta, Georgia with her husband and their three dogs: General Beauregard, Gentleman Jack, and Masterpiece Renoir.
Linda penned her first manuscript while living in Japan as a U.S. Air Force dependent. Her classmates lined up at recess to read her latest pages. During high school in Florida, a literary magazine published her poetry. In college, she worked on the school’s newspaper as a reporter and learned layout and design.
A graduate of the University of Florida, Linda holds a Bachelor of Science in Management. She worked in corporate America, earned the Senior Claims Law Associate professional designation, and completed Six Sigma Green Belt training.
Linda is a self-professed foodie and has the kitchen of her dreams. She enjoys painting when she can fit it in. She and her husband, Don, love college football. They frequently go RVing, and at last count, they’ve traveled to twenty-one states with “the
boys.”

This entry was posted on August 18, 2015, 12:52 am and is filed under Uncategorized. You can follow any responses to this entry through RSS 2.0. You can leave a response, or trackback from your own site.