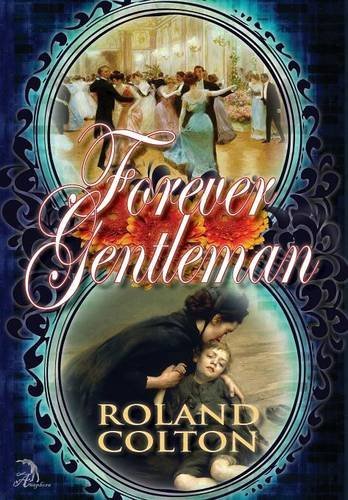 In a style reminiscent of nineteenth-century authors, Forever Gentleman is a sweeping saga of suspense, romance, mystery, and music. Travel back in time and experience Victorian London at its best and worst—a city of beauty and brilliance, and a city steeped in filth and despair. Meet Nathan Sinclair, a struggling young architect and gifted pianist who lives in the two vastly different worlds, mingling in high society while dwelling in suffocating debt and poverty. While performing at a gathering of London’s elite, Nathan meets Jocelyn Charlesworth, a breathtakingly beautiful but temperamental celebrity heiress. He is smitten, though she publicly humiliates him; their paths will intersect again in a most shocking manner.

Full of unexpected twists and turns, the book races towards a thrilling climax that will determine Nathan’s ultimate destiny.

At the beginning of Forever Gentleman, struggling architect and pianist, Nathan Sinclair, encounters the glamourous and beautiful heiress, Jocelyn Charlesworth. What draws Nathan to Jocelyn, and how does she respond to him when they first meet?

Although he has no expectation of an introduction, Nathan is intrigued enough to see if Ms. Charlesworth’s beauty is as extraordinary as the Sunday Times portrays it. Despite his protestations, the mistress of the estate insists on introducing Nathan to Jocelyn. Once he observes her beauty firsthand, an intoxication of senses sweeps over him—never before has he seen a woman of such unimaginable beauty. Jocelyn’s reaction to Nathan is one of boredom, having endured countless stares from past star-struck suitors. She toys with him, looking for any opportunity to end the interview. Once she believes him to be a common servant, she rebukes him publicly, appalled that a servant would have the audacity to seek her acquaintance.

Nathan also meets the simple and plain social worker, Regina Lancaster. What’s special about Regina, and why does Nathan feel such a deep connection to her?

Though her outward appearance is ordinary, Nathan initially feels a strong attraction to Regina’s eyes and senses a kindred spirit. Her dark brown eyes convey a journey through unspeakable tragedy, resulting in a deep appreciation for life and depth of character. Nathan is also attracted to Regina’s modesty, simplicity and inner beauty, qualities he admired in his mother. Once he learns of Regina’s selfless service to London orphans, he wonders if any man could possibly be worthy of her.

Music plays an important role in the story and in Nathan’s life. How do the musical elements in the novel tie together the themes in Forever Gentleman?

Nathan’s life has been steeped in music since his operatic mother gave birth to him. His pianistic bravado opens the door of London Society, and he becomes comfortable in a world far different than his humble abode. The music in Forever Gentleman accompanies the story as a soundtrack does a movie, enhancing both drama and mood. Women are attracted to Nathan’s musical genius, fostering love and romance in the story.

The Victorian Era was a time of contradictory wealth and poverty, along with great change, in England. What drew you to write a story set in this time period in history?

I’ve always been intrigued by a world where great beauty and brilliance could exist in the midst of poverty and misery. While writing the story, I imagined what it would have been like to have lived in both worlds, as does Nathan in the story. Also interesting is the sanitation miracle that occurred in the 1860’s, pulling London literally out of the squalor and stench of rotting pipes and sewer overflow into a world free of cholera and other dread diseases. And I wanted the timing of my story to coincide with the advent of the modern piano and creation of some of my favorite compositions.

How would you describe your writing process? And can you tell us about some of the research you did when you were writing Forever Gentleman?

My writing recipe involves equal amounts of struggle and ease. Sometimes the words flow in abundance; other times, I labor over every word in a sentence. I try not to let my writing get in the way of the story, and my goal was to have the reader lose himself or herself in Victorian London. Many hundreds of hours were spent in research in my attempt to evoke the sights, sounds and smells of that bygone time. I strove for authenticity in events and venues, including authentic references to concerts, plays, performers and other events depicted in the book. I wanted to capture the times as they were, which is no small task when we live in a world far removed from that melancholy era.

Are you working on another novel? If so, what can you tell us about it?

Yes, I’m writing a new novel that highlights another passion of mine—my love for the sport of baseball. The book begins in 1911, highlighting the exploits of the wonder of the baseball world, Ty Cobb. Using newspaper reports from the time, the reader experiences some of the most incredible sports feats ever accomplished, usually thanks to the genius and skill of Mr. Cobb. After the opening chapters, a hit-and-run accident victim is discovered in modern times (with a face damaged beyond recognition), who purports to be Ty Cobb, mysteriously transported into the future. As the plot continues, this mystery man eventually shows exceptional baseball talent and ultimately plays a brand of baseball unlike anything in modern times, turning the sports world on its head. Is it possible that this baseball ace is truly Ty Cobb, or is it some imposter who has taken upon his attributes? Only time will tell.

PICK UP A COPY OF FOREVER GENTLEMAN:

ABOUT THIS LITERARY CHEF: 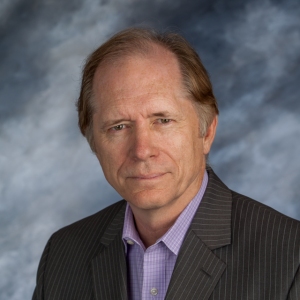 This entry was posted on July 27, 2016, 12:01 am and is filed under Book News. You can follow any responses to this entry through RSS 2.0. You can leave a response, or trackback from your own site.