Posted by The Literary Melting Pot in Book News, Reviews on February 22, 2015 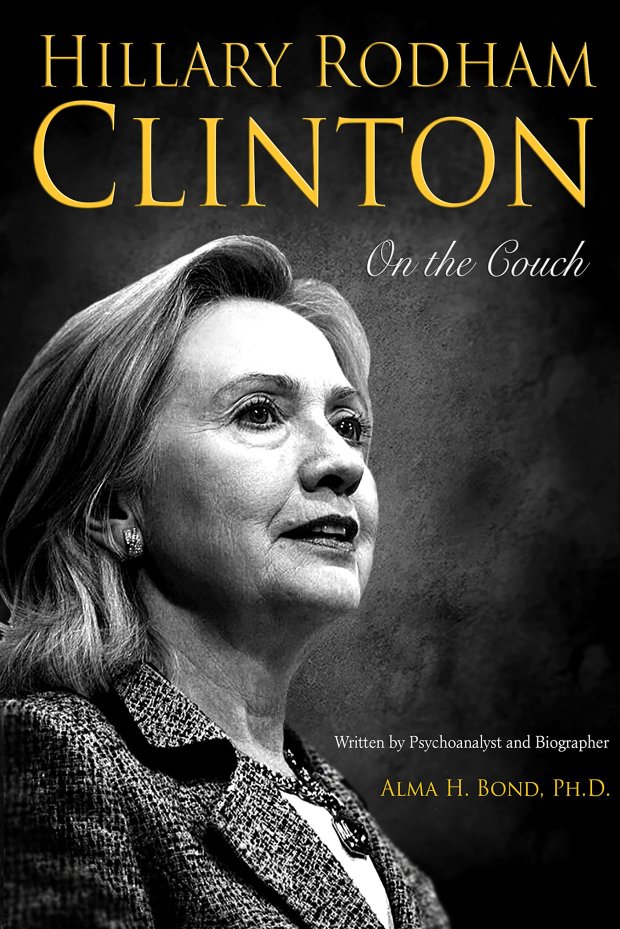 In the fourth installment of her “On the Couch” series, famed female biographer Dr. Alma Bond looks inside the head and life of presidential frontrunner and informs voters what she’s found.

This is the most original concept I’ve come across!

What an extraordinary read! I felt like a fly on the wall in Dr. Darcy Dale’s office, as the author has a gift for depicting a situation as if it is actually occurring. Every chapter was an open doorway to a room full of intimate details about the former First Lady, which made the sessions more realistic. From birth to Benghazi, and beyond, this novel explores Clinton in a most enjoyable, and sometimes heartbreaking, manner.

I’m not a colossal fan of politics, but Hillary Rodham Clinton has always intrigued me. I’ve read several articles in the past, but her story has more depth than I originally considered. The Bibliography is quite extensive; therefore, this was getting several points of reference at once. When you consider what this woman has been through and how she persevered, it’s hard not to admire her. Alma H. Bond, Ph.D. has delivered a powerful interpretation of an enigmatic figure!

Dr. Alma H. Bond is the author of twenty-one published books, including, most recently, Marilyn Monroe: On the Couch, Jackie: On the Couch, Lady Macbeth: On the Couch; Michelle Obama: A Biography; The Autobiography of Maria Callas; Margaret Mahler: A Biography of the Psychoanalyst; Camille Claude: A Novel; America’s First Woman Warrior: The Story of Deborah Sampson; and Who Killed Virginia Woolf? A Psychobiography.

Dr. Bond received her Ph.D. in Developmental Psychology from Columbia University, graduated from the post-doctoral program in psychoanalysis at the Freudian Society, and was a psychoanalyst in private practice for 37 years in New York City. She “retired” to become a full-time writer, but now maintains a small practice in addition to writing.

A longtime resident of New York City, she lived for nearly a dozen years in south Florida, and now resides in Carlisle, Pennsylvania.