“I wish I didn’t know. I wish my heart hadn’t been seared black in my chest. I wish everything were different.” – Surrender the Sky

Surrender the Sky by Meradeth Houston

Gabby lives by two unbreakable rules: don’t expose her kind, the Sary, and don’t fall in love—too bad some rules are made to be broken.When Gabby’s most difficult charge accidentally shoots her in front of a class full of students, the event exposes her carefully hidden identity. She shifts from looking like a normal teen to her secret Sary form, revealing her wings and the existence of her kind—immortals who try to keep people from committing suicide. Her incident attracts the attention of the next leader of the Sary, Jassen, who offers her an impossible bargain: she can keep her wings if she makes amends with those who know the truth. Things get more complicated when a rebel Sary, intent on exposing them to the world, starts interfering with Gabby’s work. And there’s no denying her attraction to Jassen, who is torn between his duties and his heart. With threats at every turn and her immortality on the line, Gabby has to find a way to save the Sary or surrender the sky forever.

” I knew the day was not going to end well as soon as I saw the gun. It bulged in the outside pocket of his backpack, hidden unless someone looked for it. Of course, I had to be the one looking for it.

Chad kept his head down in class, his pen scratching dark lines of some doodle across his paper. I couldn’t drag my gaze away from him.

He’d brought a gun. Damn it. He was going to follow through with his plan.

I was focusing so hard on the knot of guilt in my stomach and the tangle of plans to stop Chad that Bea had to kick my chair to alert me class had started. Of course, Bea had to be in this class with the homicidal kid who was my responsibility.

I did a quick head count. It was Friday, half-day schedule, last period, with spring break starting next week. Most everyone had ditched already, and only thirteen people remained, including our teacher.

Unfortunately, just enough of the students on Chad’s list stayed for the last class. “

About the Author, Meradeth Houston 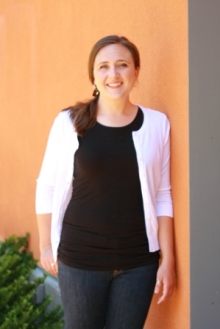 I’ve never been a big fan of talking about myself, but if you really want to know, here are some random tidbits about me:

>I’m a California girl. This generally means I talk too fast and use “like” a lot.

>I have my doctorate in molecular anthropology. Translation: I sequence dead people’s DNA and spend a whole lot of time in a lab, which I love.

>I’ve been writing since I was 11 years old. It’s my hobby, my passion, and I’m so happy to get to share my work!

>My other passion is teaching. There’s nothing more fun than getting a classroom of college kids fired up about anthropology!

>If I could have a super-power, it would totally be flying. Which is a little strange, because I’m terrified of heights.

BROUGHT TO YOU BY

This entry was posted on May 2, 2014, 12:32 am and is filed under Book News, YA Fiction. You can follow any responses to this entry through RSS 2.0. You can leave a response, or trackback from your own site.